The review title says it all, doesn’t it?  Consider that a tl:dr, if you don’t want to read a dissenting opinion, but if you’re curious as to why I seem to be in the overwhelming minority when it comes to this movie, plough your way through.

I’ll say at the top that I wasn’t a great fan of Get Out either.  I thought the hype and critical praise for a mostly just good movie was startling.  My own daughter, whose opinion generally aligns with mine on horror movies, was one of those people who thought Get Out was fantastic, and I approached it with some excitement, as someone who generally feels let down by most movies in the genre.  It happened with Get Out, and to an even greater degree with Peele’s sophomore work, Us. END_OF_DOCUMENT_TOKEN_TO_BE_REPLACED

There was no way I was going to miss this movie – for two reasons, actually.  The first being that my daughter usually beats me to the punch on new releases and I needed to see this one before she did just cuz.  The second being Alex Garland.  Now, I haven’t seen most of Garland’s work, but I liked Dredd a lot, despite it mostly being a RoboCop movie in disguise,  and I flat out loved Ex Machina., which was, if memory serves, my favourite movie of 2015.

END_OF_DOCUMENT_TOKEN_TO_BE_REPLACED 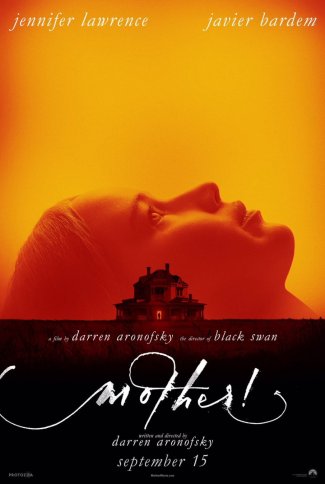 Three people told me the same thing about this movie.  It’s super weird, and I wouldn’t like it.  Now, I’m the guy who devoured the recent Twin Peaks and enjoy things like Bottom Of The World (though admittedly, Jena Malone was the main reason I watched it!), so weird … kinda my thing, right?  I could never get a straight answer to why, though.  The other thing they told me: you need to go and see it!  So I did, partly to recover from the system shock of Kingsman: The Golden Circle!

END_OF_DOCUMENT_TOKEN_TO_BE_REPLACED

I saw two movies this weekend, both undone by serious overplotting.  I’m reviewing A Cure For Wellness here, but I’ll get to The Mummy all in good time.  The difference between these movies is that The Mummy is mostly bad throughout, and for a number of reasons.  A Cure For Wellness doesn’t become bad overall, but the plotting ruins what starts as a good movie.

END_OF_DOCUMENT_TOKEN_TO_BE_REPLACED

You ever watch one of those movies that just feels like it never gets going?  That by the time you’re at the end, it still feels like that?  It’s the cumulative effect of the wrong people doing the wrong things at the same time.  By that, I’m not referring to the actors, who are the least at fault in most productions.  The ones to blame are those on the other side of the camera.  In this case, I’m talking about the mild supernatural drama Lavender, starring Abbie Cornish, Dermot Mulroney, and Justin Long.