I’m not a fan of Will Smith, and yeah, it’s partly because of his role as the Fresh Prince of Bel Air, but mostly because he starred in two cinematic travesties that, inexplicably, have a fan base: I, Robot, and I Am Legend.  In both cases, these movies were adaptations of capital L Legendary works of genre fiction and were spectacularly awful in their execution.  I was never a huge fan of Asimov’s ponderous prose, but Richard Matheson’s seminal vampire novel remains a great favourite of mine.  Fresh Prince and the Zombie Vampires was the worst of the three adaptations – maybe someone will eventually do it right.

END_OF_DOCUMENT_TOKEN_TO_BE_REPLACED

The name Guillermo Del Toro on a movie fills me with dread.  Unfortunately, not in the way I’d like it to.  Everything about the guy I love – his devotion to horror and sci fi, his adoration of HP Lovecraft matches my own, and he has a collection of props I would kill for.  His traveling exhibit At Home With Monsters was pretty amazing – I took some pics when I went to see it earlier this year, and posted them here.   So yeah, I love Del Toro – unfortunately I think most of his movies stink.

END_OF_DOCUMENT_TOKEN_TO_BE_REPLACED 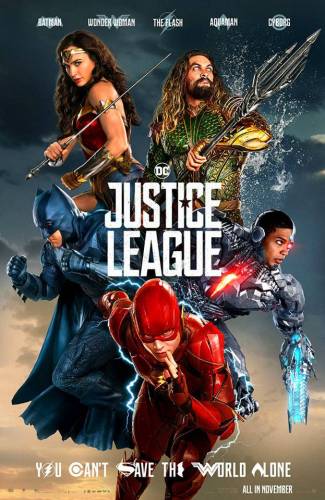 I finally saw Justice League last night – on the backs of Batman v Superman: Dawn of Justice, and Wonder Woman, I can’t say I had a lot of interest in seeing it on opening weekend, and from its relatively disappointing opening domestic gross ($90 million), I wasn’t alone in putting it off.  As it turned out, it was the worst possible night to see it: winter finally roared into the Twin Cities, and driving back to my new home was a tense nightmare, thanks to 25 feet visibility and an icy, sleety mess.  Serves you right, the elements seemed to say, serves you right …

END_OF_DOCUMENT_TOKEN_TO_BE_REPLACED

I have no personal stake in The Dark Tower, I should say.  After trying numerous attempts to read The Gunslinger, book 1 of Stephen King’s magnum opus, I finally threw my hands up in defeat and gave up.  Not that I didn’t like King’s work at the time – quite the opposite, in fact.  In the mid to late 80s, I was a yuge fan of his work, and read his stuff voraciously, sometimes palpably impatient waiting for the books to finally be released in Scotland.  I still consider Pet Sematary one of my all time favourite books.  But when I tried to read The Dark Tower, it just didn’t feel like a Stephen King book.  A little later, me and Uncle Stevie just kind of drifted apart.  His work in the early 90s left me feeling unimpressed, so I stopped reading., and never got around to thinking of picking up the series again.

END_OF_DOCUMENT_TOKEN_TO_BE_REPLACED 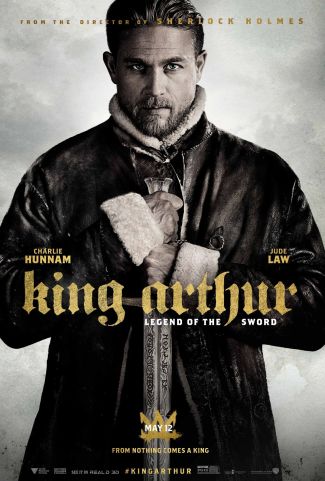 I went into King Arthur: Legend of the Sword fully prepared: while I hadn’t read any reviews, I could only have avoided the negative buzz on this movie by living on Mars, but sometimes that can work in a movie’s favour, especially when it’s rolled out on Blu Ray and VOD.  Some movies draw a lot of vituperation out of the wrong kind of people, mostly undeserved, and when you actually get around to watching the movie yourself, you find yourself asking what all the hate was for.  Unfortunately, a bad movie is just a bad movie.  Last week, I watched The Book of Henry, this week, it was Guy Ritchie’s similarly low-trending effort.