With few options to choose from, we decided on seeing Spectre for our Thanksgiving movie. Yeah, we heard the negative buzz, but the alternative was that or Secret In Their Eyes, which actually gets a lower rating on Rottentomatoes than the latest installment in the Bond franchise. So, is it terrible? No, not terrible, but it is pretty poor. END_OF_DOCUMENT_TOKEN_TO_BE_REPLACED 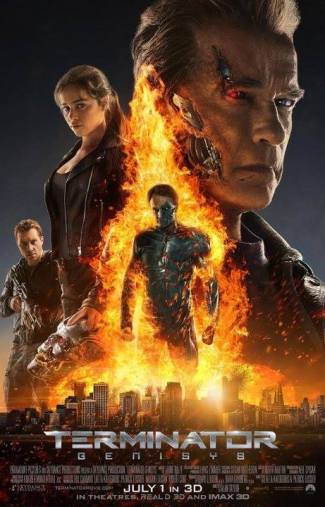 I definitely went into Terminator: Genisys prejudiced by negative review headlines. Although I don’t read reviews until after I see a movie, these headlines, some word of mouth, and the low aggregate rating on Rottentomatoes made it pretty clear that this was garbage. Also, I had posted images from Entertainment Weekly’s misguided photo shoot about a year ago, and that was the source of my own negativity. Part of that is also my lack of love for the franchise itself. I greatly enjoyed the original Terminator back in 1984 – great movie, miles ahead of other entries in the sci-fi genre at the time, and it still holds up well. Terminator 2: Judgment Day, no, I can honestly say that as with most James Cameron movies, I’m not a fan. He’s a great technical visionary, but for me of all the big name directors, he’s the weakest. I wasn’t amazed by Terminator 2, Terminator 3 was tv-movie weak, and Terminator: Salvation was watchable, but that was about it. END_OF_DOCUMENT_TOKEN_TO_BE_REPLACED 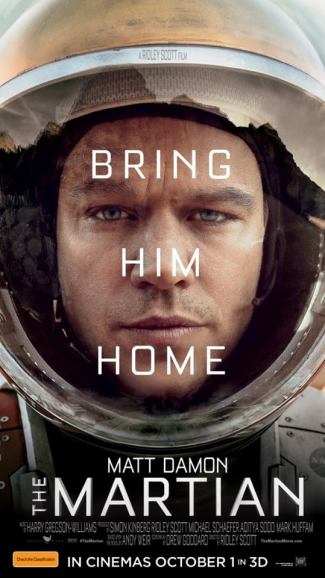 The Martian, Matt Damon’s latest “please come get me!” movie, is a good adaptation of a mostly poorly written novel. But, caveats!

I do consider Andy Weir’s novel to be poorly written, from a technical standpoint – though I personally found the book to be a terrific listen, especially because it isn’t JUST Robinson Crusoe-on-Mars-meets-Mission-to-Mars (Watney’s scenes are basically what Don Cheadle was doing offscreen in the latter) with Contact‘s big deus ex machina thrown in for good measure – it’s a book that’s bursting at the seams with conflict and science and logistics, and I recommend it to anyone. A good friend of mine was turned off by the book’s biggest flaws, and I completely understand his reasoning, but I would still recommend it, regardless. END_OF_DOCUMENT_TOKEN_TO_BE_REPLACED 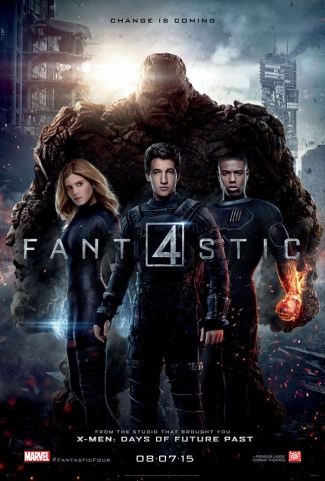 Finally saw Fantastic Four, the latest misguided attempt to create a definitive movie version of the seminal Lee/Kirby comic book, and my personal favourite comic book, thanks to almost 100 issues of unparalleled genius from the minds of Stan Lee and Jack Kirby, and the mostly excellent John Byrne run in the first half of the 80s. END_OF_DOCUMENT_TOKEN_TO_BE_REPLACED