The Girl on the Train was a “maybe I’ll see it in the cinema” for me.  The previews were decent enough, but never really set me alight.  I didn’t read the book, and while I like Emily Blunt (Edge of Tomorrow), she too has never really made me sit up and notice.  There was that plus the feeling that the vibe just seemed to skew a little too closely to Gone Girl for comfort.  Being a David Fincher fan, and feeling Gone Girl was a solid evolution in Fincher’s career, going to see a rip off, in the end, put paid to whether or not I went to see it in the cinema.

END_OF_DOCUMENT_TOKEN_TO_BE_REPLACED

I don’t know of anyone who would say they’re a fan of Ethan Hawke per se, but I think there are very few people who would say the opposite.  I’m in the former camp – I’ve enjoyed a number of his movies and performances, but can’t quite make the leap to say I’m a fan.  He’s kind of like a less-charming Kevin Bacon; solid, but lacks genuine star power.  I’ve yet to see him turn in a bad performance, though, and I really like the fact he’s done so many genre movies in his long and varied career.  Maybe he just has never had the best agents, maybe he just comes across as too cold and detached in many of his movies, I don’t know.

END_OF_DOCUMENT_TOKEN_TO_BE_REPLACED 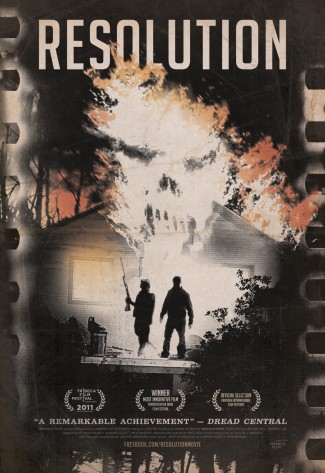 Spurred on by Spring, one of the best movies I’ve watched recently, I wanted to see if it marked an evolution in form and style on the part of moviemakers Aaron Moorhead and Justin Benson by catching up on their 2012 feature debut Resolution.  Ostensibly billed as a “horror” movie, it has less in common with the genre than that – it’s more of a mystery movie than anything else, and it’s a good one. Unfortunately, both movie posters I’ve seen (including the one I chose) do the movie a huge disservice. END_OF_DOCUMENT_TOKEN_TO_BE_REPLACED