I can’t really think of many actors whose name inspires sight-unseen mockery and ridicule than Kristen Stewart.  Granted, these feelings are most commonly expressed by trolls from the safety of their keyboards, so I take these with a bucket of salt.  Of course, the same vitriol is directed at Robert Pattinson so you know the common thread here: the Twilight series, where they played Bella Swan and Edward Cullen respectively.  I haven’t seen any movies n this series, so my exposure to Stewart is pretty limited, but based on what I have seen, I’ve nothing against her, and in Personal Shopper she acquits herself quite well as the lead character.

END_OF_DOCUMENT_TOKEN_TO_BE_REPLACED 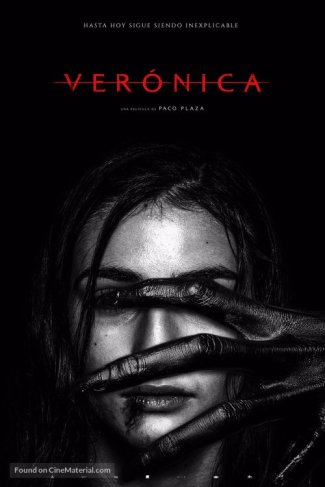 Is there anyone who doesn’t fall for clickbait?  Probably not.  Most of the times, they’re easy to identify and pass over.  So and so “destroys” someone else’s political argument, some device or food is the “Only Thing I Ever Needed”.  And I’m a huge fan of browsing creepy old pictures on Pinterest that are described as things that will “Haunt Your Dreams Forever” – you know, this kind of stuff.  Generally written to increase traffic by people who copy rather than create, these headlines have permeated the world of online article writing, and mostly serve as penny-click advertising revenue.  But like I said, who hasn’t clicked one?  My mistake was being curious about the descriptions of Veronica, currently available through Netflix, as being the scariest movie of all time.

END_OF_DOCUMENT_TOKEN_TO_BE_REPLACED 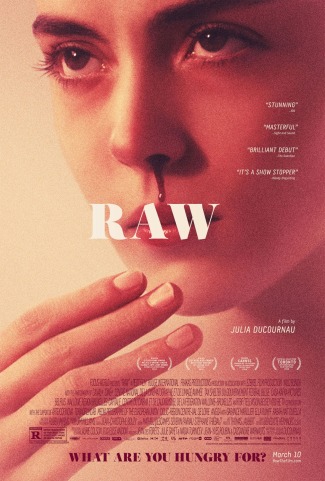 Raw, the critically acclaimed French-Belgian movie written and directed by Julie Ducournau is described on many sites as a “cannibal” themed horror movie, but while that’s literally what happens in the movie, it’s as much about cannibalism as the Antonia Bird movie Ravenous was back in 1997.  Human flesh may be consumed here, but this is what Stephen King would call a vampire movie, using his archetypical definition in Danse Macabre, his fine non-fiction look at the horror genre.

END_OF_DOCUMENT_TOKEN_TO_BE_REPLACED

It’s fair to say that A Serbian Film is the most vilified horror movie of our generation.  Other generations had Salo, Cannibal Holocaust, and The Men Behind The Sun, and A Serbian Film, made in 2011, joins the club of horror movies with scenes that are so extreme they come to define the movie itself.  I’m willing to bet that just like those other movies, A Serbian Film is also one the most vilified horror movies that’s actually never been seen by its harshest critics.  If you’ve heard of the movie, you’ve also heard of that scene, and you may have already made up your mind about it and decided not to see it – which would be a shame, because it’s a truly effective, character-driven horror movie.  I don’t often review movies older than a couple of years, but this is an exception.

END_OF_DOCUMENT_TOKEN_TO_BE_REPLACED

I don’t speak Danish, so part of this is on me, I suppose.  I’m guessing that the likelihood of anyone reading this understanding Danish is sufficiently low for me to say that I would have turned the movie off due to lack of comprehension … the trouble with Shelley is that the movie is mostly in English, so I naturally expected that to continue.  That turns out not to be the case, so the third act continues in unsubtitled format – at least the copy I was watching.  It isn’t a total deal breaker, as the narrative is conveyed well enough by the visuals and direction.  Nevertheless, it would have been nice to have understood the spare dialogue that comes in the third act.