I have to go back to the summer of 1985 to a movie that inflamed so many Loud Voices to compare the phony hysteria currently surrounding the latest DC movie, Joker.  That movie was Rambo: First Blood Part 2.  The sequel to one of the greatest action movies of all time crossed the Atlantic on a tidal wave of what we now identify as hashtag-outrage.  Ireland banned it, the rest of mainland Britain did not, so I was able to see it … and wonder what the fuss was all about.  After today’s viewing of Joker, my reaction is basically the same.

After being certified as “100% fresh” on the increasingly-phony Rotten Tomatoes website, the buzz has cooled down quite a bit on Todd Phillips’s take on perennial Batman villain, The Joker, with reports coming in the media of the movie being “problematic” – the passive-aggressive, implication-heavy way that Loud Voices talk these days – and that there was a “real risk” of violence possible at movie theaters.  Oh yeah, and now the new threat is not Isis, but Incels.  Because you can never have too many bad white men in the US, lonely misogynist creeps and perverts are now a de facto terror group of their very own, to be feared!  Hated certainly, feared, though?  That’s a big Fuck No from me.  The Thoughts and Prayers crowd were out too – how can WB release this movie?  What about the survivors and loved ones of the Colorado Movie Theater shooting?  Have WB no decency?  And what about you, who might want to see this movie because it’s, y’know, a movie?  Why, you must be one of these Incels too …  doesn’t it all seem to be a case of this from those keyboard warriors? 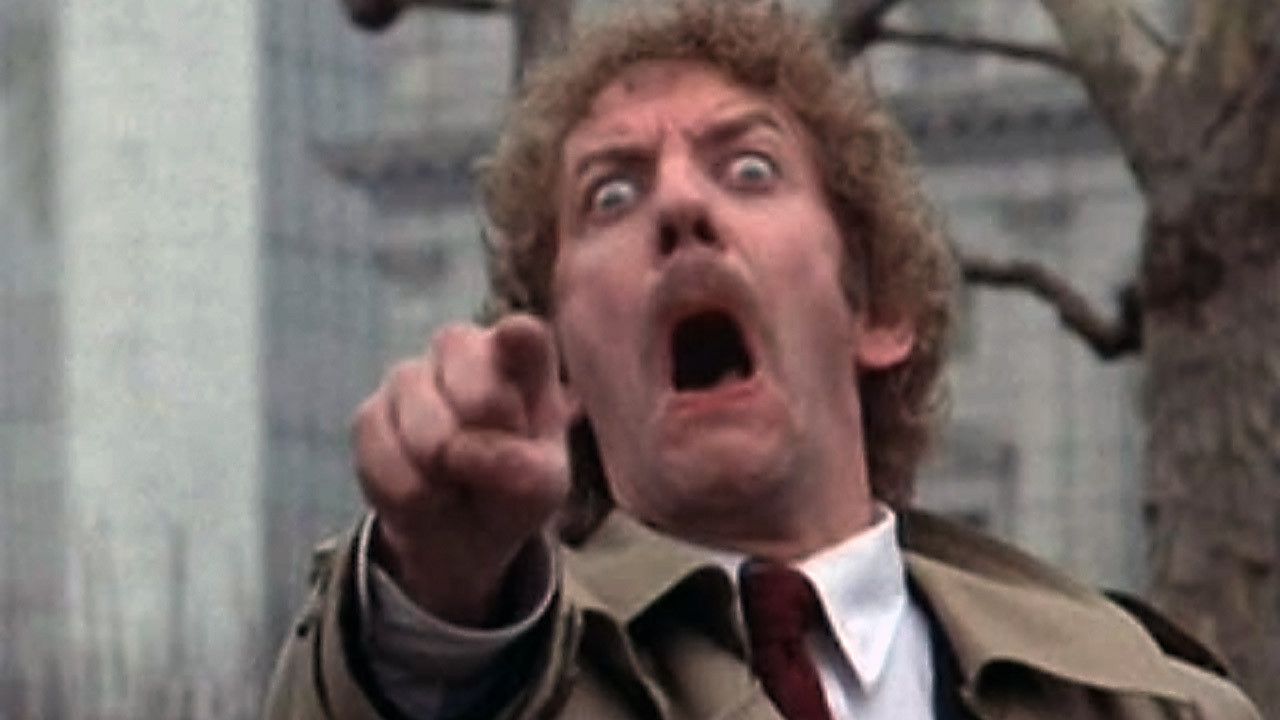 Well anyway, I saw the movie this morning with a friend, along with a handful of other brave souls, didn’t get murdered by a gun-toting masturbation-addict and it’s your gain, because I lived to tell you what I thought of it!

I’ll assume you know who The Joker is, so I’ll dive right in.  Joker could be the origin story of Batman’s famous nemesis or the story of a guy who became the inspiration of the real Joker.  It’s hard to tell what the intent is, by setting the movie in the late 70s/early 80s.  We all assume Batman is somewhere between 35 or 45, from movies of the last decade, which doesn’t jibe at all with this movie – and it’s the only major gripe I have.  Marvel has been successful with their gameplan, seamlessly integrating all of their movies into a unified franchise.  In contrast, the DC movies are over the place – mostly from a lack of production talent.  Joker is indicative to me that whatever plan Warner Brothers had to rival Marvel, the playbook was ripped up a long time ago.  With two completely different versions of The Joker (the other being Jared Leto’s from Suicide Squad), it’s hard to understand exactly WHAT Warner Brothers are trying to do, other than the board throwing up their hands in defeat and saying, “Fuck it, we have no idea!”  Most of their movies are garbage, but I’m happy to say that Joker, despite where it does or doesn’t sit in canon, is a pretty good movie all by itself.

One thing that’s apparently got the doomsayers’ fingers click-clacking on their keyboards is that this movie glorifies a guy who does terrible things, that it turns The Joker into a misunderstood anti-hero.  Not in the movie I saw.  They say it invites the audience to have sympathy for Arthur Fleck, a person with incorrectly diagnosed and maltreated mental illness – which it does, but only to a point.  They’re right in saying that the movie can – and should – be looked at through the lens of today’s mass shootings, but that’s obvious.  How many people who murder numerous people are truly sane?  How many of them have escaped treatment because nobody wants to turn them in to the authorities when they go off on a rant to those within earshot, or in private conversations?  “I didn’t think he’d actually do it!” they say afterward.  “He was crazy!”  And that’s the rub, isn’t it?  When mentally ill people don’t harm others, they have our sympathy.  When they do, they’re monsters.  I’m not advocating a relaxation of the law when it comes to the mental state of an offender, but a little more thought by all of us when we see the signs might be a good idea.  It could be the difference between much-needed help and dead bodies strewn in a public place.

All this is pretty heavy, but this is the state of play in today’s society and we all need to accept that and be more critical in our thinking.  Arthur Fleck is a guy who badly needs help, we can see that with the arm’s length view of an audience.  But the help he gets, from an under-funded, over-worked mental health system in Gotham City is uncaring and sub-standard.  And like many mentally ill people, he’s a social pariah, an outcast, someone to be smirked at, mocked, and treated aggressively, until that moment when they snap.  It’s a pretty familiar (unfortunately so) story, both in the movies and in real life.  To quote Travis Bickle in Taxi Driver, here is a guy who would not take it any more.

But Joker isn’t just about a guy who can’t take it any more.  The movie lays it all on pretty thick, another of my criticisms.  The misery, injustice, and violence Fleck experiences is layered on with a trowel, so heavily that his transformation is less a natural evolution of his condition than it is a contrived inevitability.  There was no way THIS guy would NOT become THAT guy, in other words.  To be fair, it’s all done with an impressive amount of gravitas from Joaquin Phoenix, who is pretty much in every scene, and relatively well-directed in a Scorsese-lite turn from The Hangover‘s Todd Phillips.  The period setting really worked for me, because I am a huge fan of 70s crime movies – Serpico, Taxi Driver, The King of Comedy, Marathon Man, to name but a few.  That period of American Cinema seemed to have authenticity stamped over it.  New York WAS a grimy shithole back in the day.  No matter where the fuck you went in Manhattan all you saw were shuttered stores, graffiti, and sacks of garbage.  Other places you wouldn’t even consider going.  And yet, it was a city of the super-wealthy too, where the gulf between haves and have-nots was glaringly obvious.  Today Manhattan is cleaner and tourist-friendly, but the gulf in lifestyles remains – and if we’re all intellectually honest with ourselves, that’s what human history is all about.  The 1% have always existed.

Joker takes place among the darkest of times for Gotham City, garbage is overflowing, crime is rampant, and Thomas Wayne, a rich billionaire is running for mayor.  It’s a lazy parallel to make with Trump, and thankfully the movie doesn’t make it – how many middle-class people win major office?  Also, thankfully, this subplot is mostly kept in the background, in one of the many glaringly obvious parallels (I’m not prepared to call them “homages” when they’re so egregious) the movie has to Taxi Driver.  The third major criticism of the movie is the timing of the movie’s “rise up” subplot.  A swath of the public begins wearing clown masks when Fleck’s first act of violence becomes the number one news headline and mobilize against “the rich”.  Storywise, I guess it makes sense, but I’d have preferred that Fleck wandered into a developing movement, not be the inspiration for it.  That was another aspect of the movie that felt contrived to me, and I’ll be honest, it would have gotten a 2.5 rating from me, and most of that would have come from production design.  So what earned it my final rating?  Pure and simple: Joaquin Phoenix.  I’ve been a big fan of his since To Die For, aaaaaallllll the way back, when was “Rover Phoenix’s brother”.  Other than his goofy retirement phase, he’s one of Hollywood’s greatest acting talent, and he absolutely does not disappoint.  His turn as Arthur Fleck is authentic no matter where the story turns – harrowing, cringey, violent, pathetic.  The movie tells him to go to lots of places, and he does so quite brilliantly.  I’ve never really understood why Heath Ledger’s performance was so loved.  It was really good, but what if he hadn’t died?  Y’know?  Call me cold if you will – I am.

Phoenix’s performance is a rare thing, I think – if you’re like me and relish great acting, you cannot dismiss this performance simply because it’s in a “comic book movie”.  It’s a performance that deserves to be hailed.  Few actors would be capable of this level of acting.  I won’t gush, but it’s a performance worth taking in, simply because these things don’t come around any more than a couple of times every few years.  If I have any criticism of his performance, it’s a minor one – watching it, I was reminded at numerous times of DeNiro in Taxi Driver, and not just because of the movie’s on-the-nose callbacks to Scorsese’s masterpiece.  But if you’re going to emulate anyone in this kind of movie, DeNiro is the top-shelf choice and whether he consciously did so or not, Phoenix owns the screen.  He’s sensational.

Another major virtue-signaling “concern” is that the movie edifies an anti-hero who does bad things against those who have done him wrong.  It’s absolutely not the case.  I mean, if you don’t watch movies a lot, and only take things at an unthinking face value, I could see where you’re coming from, but that’s on you.  Joker is unquestionably a guy who becomes a villain.  Just because a movement hails him, doesn’t excuse what he does in the story, and at no time at the end did I ever feel that happened.

Boy, this is a long review, innit?    If you’ve gotten this far, I’ll leave my final criticism of the movie to be my smallest.  Phillips and the production crew take great pains to make this movie look and feel like one of those 70s movies I mentioned earlier, and they do a good job – but as an avid lover of those movies, they got it wrong in one crucial detail: the soundtrack.  Watch any of those movies, and you won’t hear music all over the place, it was used far more sparingly in those days of cinema, a far cry from now, where incidental music and musical cues are in almost every scene.  I found the music to be intrusive a few times during the 2-hour running time.

There are a couple of spoilers I could give away, but other than saying they were mostly fan-service bits, I won’t go there.  I’ll end by saying that in such a bleak, nihilistic movie, there is one piece of true slapstick that I greatly enjoyed, and maybe you will too.

5 thoughts on “Movie Review: JOKER – A mesmerizing performance from Joaquin Phoenix charts the rise of a villain, not an anti-hero.”