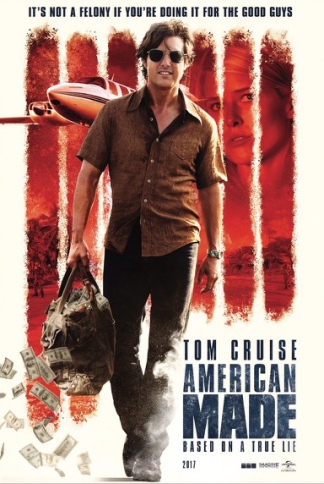 I’m not ashamed to admit, I’m a fan of Tom Cruise movies.  Not a fan of Tom Cruise the person, I should add, having never met him, but I have enjoyed his screen presence for about thirty years now.  I think he’s a pretty decent actor too, when he tries – something he hasn’t done a lot of in a long time.  Having watched his last offering The Mummy fall on the critics’ sword, and mostly fail to capture the imaginations of the paying public, his career badly needed a shot in the arm.  It so happens that American Made, his second cinematic release of 2017, does exactly that.