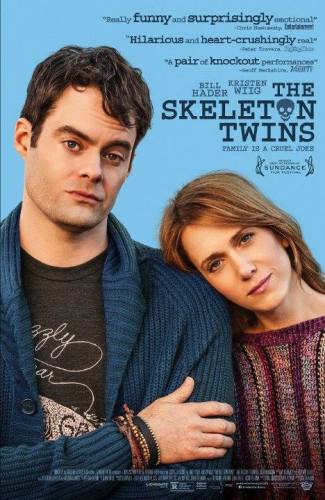 I watched The Skeleton Twins last night, having been a fan of both Kristen Wiig and Bill Hader from their stints on Saturday Night Live. Although that show overused Wiig, she was by far and away the star for the last few years, but I felt she was sensational in Bridesmaids, delivering an authentic performance. Hader, though, was just one of the cast. His Stefon character was funny until it got old toward the end, but he was a solid cast member, I thought. END_OF_DOCUMENT_TOKEN_TO_BE_REPLACED