I’m not the world’s biggest fan of Sherlock Holmes, but I’ve enjoyed a few adaptations of the character over the years.  I won’t regurgitate these musings, but they can be found in my review of the Ian McKellen movie Mr. Holmes, a movie which is as untraditional in its approach to the world’s most famous literary detective as this latest version, a buddy comedy starring Will Ferrell and John C. Reilly – only better.

END_OF_DOCUMENT_TOKEN_TO_BE_REPLACED 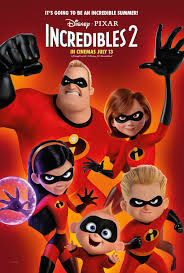 14 years is a long time to wait for a sequel, especially for such a beloved movie as The Incredibles, but when you think about it, the pressure to deliver a worthy sequel isn’t of the same variety as the normal two-year gap between franchise installments where everything is still pretty fresh in the old Gulliver.  Only a few 18 year-olds would remember seeing this in the cinema if they ever saw it at all, and for those that did, the passing of time likely watered down the enthusiasm.  I speak mostly of the feelings I had when I first heard of the sequel: about time, and it better be good.  I enjoyed the first movie a lot, but it didn’t achieve greatness for me – this one didn’t either.

END_OF_DOCUMENT_TOKEN_TO_BE_REPLACED 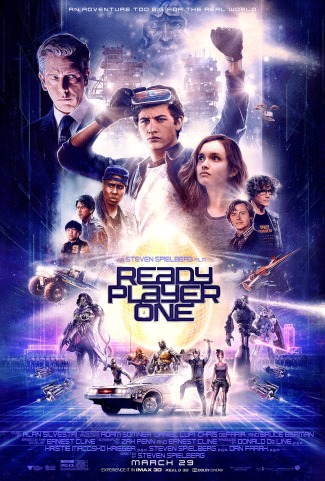 I readily admit I had little interest in seeing Ready Player One.  The trailers left me as cold as last night’s leftovers, and didn’t contain anything that I found remotely interesting, and visually it looked like a mess.  I thought to myself: this is a Spielberg movie? The trailers reminded me of another movie I hated, Tron: Legacy, a bloated, shallow CGI-fest, except that here the visuals were so muddled, the action so kitchen-sink, I feel like I could be forgiven for thinking RP1 was a Peter Jackson movie, so ridiculous has that filmmaker become.  But it was Spielberg!